the extraordinary lives in the ordinary

when i was a man

For several years I wondered when it would, but trusted it would come when the time was right, and I was ready.

I wasn’t even looking for it when it appeared. It was another one of my bathtub psychic surprises. It’s amazing how water is such a powerful conduit of energy.

It was one of my lives as a man. Now for many people this would not be a big deal, but my past life work so far has produced half a dozen lives, all as women. I’m pretty sure no Soul travels through time with the goal of expanding its awareness sporting only a female form. It wouldn’t be effective or efficient.

It was no surprise to me that it had taken this long to access a male incarnation. Many of my lives (including this one) have included core experiences of men abusing power which has left me with scars of anger, fear, and mistrust. It wasn’t likely I was going to embrace or gain any insight from my male incarnations without a lot of healing and soulwork.

That’s why this was such a big deal. Receiving this information signals that I have moved onto a path of healing a pain that has been eons in the making, and this particular male lifetime turned out to be a rare and beautiful gift.

It begins with a hand holding a cat-o’-nine tails, a rope whip with nine knotted cords used for whipping people. The picture zooms out, and I see it is held by a large framed African man with a sad face dressed in clean coveralls, homespun shirt, and shoes. This is me. The year is 1823. I’m on the Whitcomb plantation in Georgia. My name is Thomas Josiah. I have only one job. I am to punish the slaves the master commands me to whip. I was purchased specifically for this job because I am a stranger to this place. I have no friends among the slaves here and have no hopes of ever having a friend. I am cared for in ways more in keeping with the house slaves, but am forced to live in my own small shack alone amongst the field slaves. I belong to no world. I am a spectre. If I do not obey, I will be killed. I want to kill myself. I contemplate walking into the river with my pockets full of rocks or hanging myself in the woods, but for some reason I cannot bring myself to do it. My life is controlled by a white tyrant who does not see me as a human being, but as a thing he owns, to be used, and destroyed when the whim takes him.

I can hear what you’re thinking. Gift?!?! What is she talking about?

I was initially saddened by what I was seeing, but that quickly turned to fascination. My soul had made the brilliant decision of being a man who embodied both the abused and the abuser, lessening the sense of separateness I had developed over time where men, women, and the use of power are concerned. I was flooded with compassion and felt surprisingly relieved at the prospect of lowering my defenses. What a remarkable and efficient way to gain information to expand one’s awareness!

The circumstances of my lives that I have been privy to have varied, but share some common themes. I have lived like a hermit (my beloved husband was killed in WWII) in a remote area of the western coast of Scotland where I had a fierce and loving relationship with the landscape, and I’ve been a much loved child who was stolen from her family and imprisoned alone in a dungeon by a man who wanted access to my gift of second sight to fulfill his lust for power. I eventually defied him and he killed me. I have several times throughout the ages lived on the edge of a community where I was considered a bit odd for not wanting a husband but was respected as a healer or counselor, and I have also enjoyed a lifetime of love with a man who did not care that I could not bear children, but revelled in the fact that I shared his love of learning and provided me with the space and means to pursue my interests. We were a rarity in the mid 1700’s in Portugal. In another lifetime somewhere in the Middle East I was a woman who screamed in anger and utter hatred in the public square at the men who scapegoated and killed my son. You can imagine how well that ended.

My soul has a pension for expanding its understanding of universal truth through exploring solitude vs. loneliness, service vs. servitude, and victim vs. perpetrator, especially in the arena of gender roles. I have also chosen regularly to live or behave outside the generally accepted norms of any given time and often had access to my psychic senses. Recognizing these patterns provides me with a much larger context in which to view my  “Martha Life.”

I am on a quest to understand personal power as an expression of Divine love. As is typical in a world where duality is a major component, we frequently learn by first experiencing what something is not.

Experiencing a life as an enslaved man holds many valuable gifts for me. There are already too many to enumerate here (and new ones keep surfacing), but I will share with you some of the long held and often unrecognized beliefs that have kept me trapped in my fear that I am now releasing.

And here are some of the gifts that have already appeared in my daily life from doing this work:

I’m looking forward to revisiting my life as a slave to see what choices I made during the rest of that incarnation. There is so much to discover and learn.

Doing Past Life work can be a valuable tool for furthering your soul growth and lessening your suffering. Seeing your journey through time and space provides you with a much broader perspective of who you really are, what you came here to experience and why.

In gratitude and celebration for the milestone I have recently reached with this work, I offer you some special opportunities to expand your relationship with your soul and its remarkable journey.

Let your light shine brightly in the world.
Martha 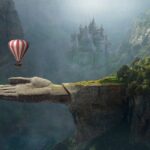 stepping back into my life

I’ve been sick. I’ve experienced bone melting exhaustion with the added insult of insomnia, a fever, an inability to focus and a digestive tract that 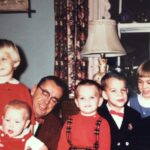 Perched in the nearest branches of the maternal side of my family tree are three women who were mercurial and razor tongued. They are great 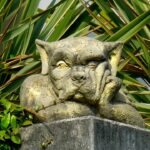 can you love a hangnail?

It came unexpectedly and was as welcome as a hangnail.  Just like that tiny bit of torn skin, it began as a small irritant that 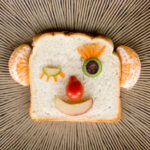 I have had a lifelong relationship with this mentor.We have met numerous times every day since I was born.Actually we have shared many lifetimes together.And

This may be a good place to introduce yourself and your site or include some credits.